The TSB Arena is one of several sport arenas in Wellington New Zealand.  It is home to the Century City Saints basketball team and the Richter City Roller Derby team.

In addition to hosting sporting events, the facility also hosts conventions and expositions. 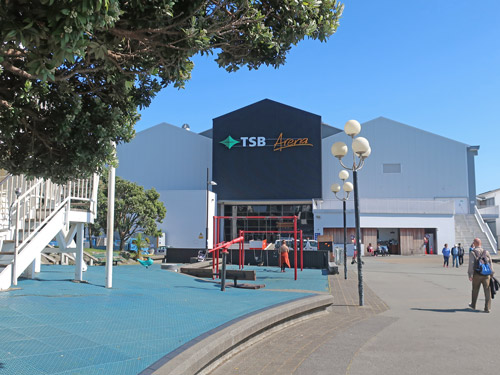 Completed in 1995, the building can currently seat around 4,500 people.

The TSB Arena is one of several facilities located at Queens Wharf on Wellington Harbour.  It was formerly called the Queens Wharf Events Centre.