The Wellington Regional Stadium is a massive sporting venue located in Wellington, New Zealand.  Completed in 1999, it has a capacity for 34,500 fans.

As of January 1, 2020, the stadium is officially called Sky Stadium.  It was previously called Westpac Stadium. 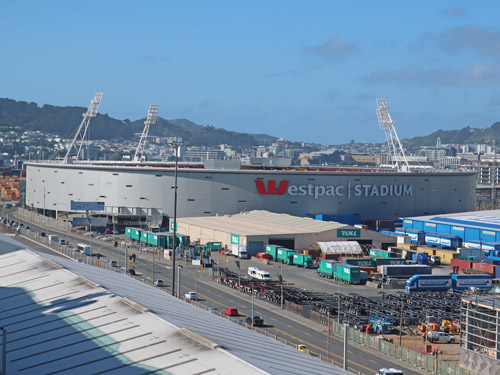 In addition to hosting sporting events including cricket matches, the stadium is also used for concerts and other large gatherings.