New Zealand is comprised of two main islands: the North Island and the South Island. They are separated by a body of water called the Cook Strait.

The North Island is officially called "Te Ika-aMaui".   It is home to two large cities: Auckland and Wellington. 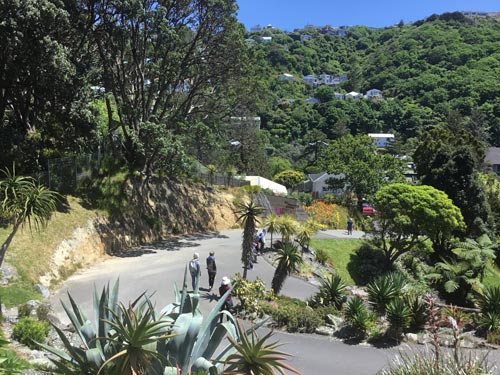